In the SSD market, unit shipments increased, despite the fact that a good portion of the volume is tied to a weak notebook PC market. The two main factors contributing to the slight 2.9% Q-Q rise was the increase in DFF (drive form factor) client SSDs in the channel market, as well as an uptick in datacenter demand for SATA SSDs, driving a total of 23.859 million units. Total SSD capacity shipped increased by 13.3% Q-Q to 6.4 exabytes, with the overall average capacity increasing to 268 GB. Despite the rise in overall unit shipments, client modules declined, reflecting the continued slow demand for notebook PCs. 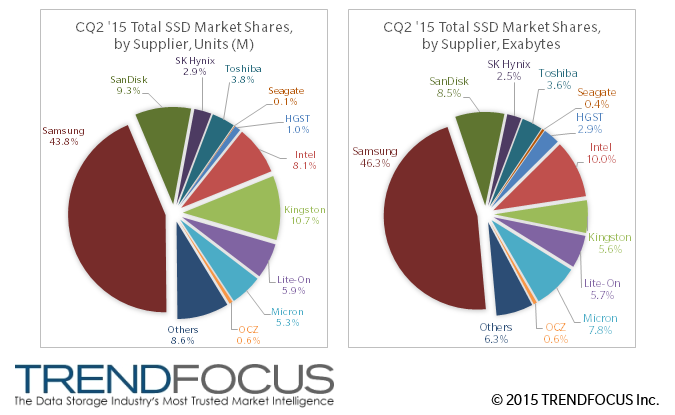